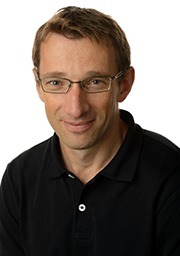 The increased integration of wind generation is accompanied with a growing concern about secure and reliable power system operation. For example, to cope with wind intermittency, the base-load units will need to cycle significantly more than they were designed for, resulting in reduced life cycle and increased costs. On the other hand, the variable-speed wind turbines, predominantly used today, have no inherent inertial response, which has negative impact on frequency control. In light of this, there is a growing consensus within the power industry that also the wind turbines (WTs) will need to take part in frequency control so as to reduce the need for additional ancillary services provided by conventional generators. This is especially the case in small power systems with weak or no connection to other systems, e.g. South Australia. In Australia's National Electricity Market, for example, new intermittent generating systems, including wind farms, with a capacity of at least 30 MW are expected to be classified as semi-scheduled, which means that intermittent generation no longer has dispatch priority over scheduled generation, but can be curtailed below a dispatch cap at times when that output would otherwise violate secure network limits. Partly loaded WTs lend themselves perfectly to being used as power reserve providers. Due to the uncontrollable nature of wind, wind power lends itself to participate in primary control, as the wind speed usually doesn't change much in the timeframe when the primary control is activated.

The project will address the above challenges by proposing novel control strategies for participation of WTs in frequency control. Building on the previous research [1], it will develop market models so that wind generation can be effectively integrated into existing electricity markets. The aim is to increase the value of the service offered, thus reducing the opportunity cost associated with spilling of wind energy due to de-loaded operation. [1]   Andraž Žertek, Gregor Verbič, Miloš Pantoš, "Optimized Control Approach for Frequency-Control Contribution of Variable Speed Wind Turbines", to appear in IET Renewable Power Generation.

Other opportunities with Dr Gregor Verbic