The anatomy and physiology of the intertidal marine isopod Cirolana harfordi 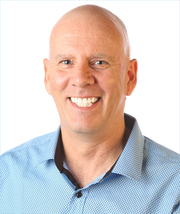 The intertidal isopod is a remarkably successful scavenger and predator and yet almost nothing is known about its development, anatomy and physiology, so this animal presents a unique challenge to a motivated and inquiring biological scientist.

School of Life and Environmental Sciences

Cirolanid isopods are important to marine food webs around the world but can also be damaging pests to the fishery industry, especially to fish cultured in nets. These isopods are also known to attack dead, dying or living animals including humans.  It is thought that cirolanids are especially attracted to fish that have been injured by events such as ostracod attack and will affix to fish using the sharp dactyls of the pereopods so as to eat various tissues including the gills. In addition, polychaetes, crustaceans and carrion are common elements of the cirolanid diet and some species are known to also eat ostracods, foraminiferas, sponges, bryozoans, tunicates, nematodes, cephalopods, plant material and mammalian tissue. The smallest organism a cirolanid isopod will eat, however, has not been determined and the smallest size of particle of food ingested by these animals is also not known. Crustaceans that have a suitable compliment of setae on the mouthparts can retain small animals and particles of food such as those in the 2 – 200 micrometre diameter range using their setae as a mesh or net to prevent loss of food from the pre-oral space  Additionally, crustacean mouthpart setae have the roles of housing olfactory receptors and mechanoreceptors as well as acting to clean and groom mouthparts and surrounding structures.

Cirolana harfordi (Lockington, 1877) is a common and widely distributed intertidal cirolanid isopod, that has been found in Australia, Japan and along the West Coast of North America. C. harfordi has been described as a scavenger as well as a predator, it eats small crustaceans and polychaetes that are up to 0.5 mm in diameter without macerating these with its mouthparts and appears to eat larger animals, living or dead by biting off sections of tissue. The food from one meal can fill the animal’s elastic digestive system which expands to fill the posterior body cavity maintaining nutritional sustenance for two to three weeks.

Recent studies on the mouthparts of C. harfordi suggest that the animal may also be a filter feeder, and studies using restrained animals and video cameras then introducing different sized particles of food and of different types into the water will yield valuable data on its strategies. The movement of the animals can be tracked with video and analysed using computer software.

Just like a shark is followed or carries remora fish, the isopod C. harfordi carries with it an amazing menagerie of organism ‘hangers on’ that are either attached to its body (epibonts) or that cling on and are mobile in its body. Characterizing the microscopic ecosystem that C. harfordi provides is an exciting opportunity for a scientist to plunge into uncharted territory. How this ecosystem would react to a changing world e.g. increased temperature, acidification and pollution such as copper from anti fouling paints provides a wealth of research opportunity for someone who is interested in discovering what some of the effects of global warming and marine acidification will have on this important marine food web component.

How the animal reacts to stress at a cellular and tissue level, provides a fascinating field for students interested in molecular biology and cell biology techniques to study the stress mechanisms triggered by environmental change. Heat shock proteins, reactive oxygen species and apoptosis provide systems to study the effects of stress in this marine animal under different scenarios.

The normal developmental stages of the animal are also waiting to be studied using electron microscopy, this type of project has recently become feasible as the animal has been shown to be able to reproduce in the laboratory.

Training is available in the following techniques,