The nature and treatment of obsessive compulsive disorder 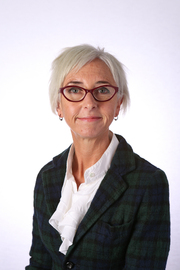 The research investigates the nature and treatment of obsessive compulsive disorder

Obsessive-compulsive disorder (OCD) is the fourth most common psychiatric condition with a lifetime prevalence of up to 3.1%. The disorder can begin in childhood and is a chronic and disabling condition, the symptoms of which are time consuming, distressing, and often bizarre. OCD frequently leads to isolation, family dysfunction, difficulty forming and maintaining relationships, and unemployment. OCD is also associated with an increased risk of developing other psychological disorders, such as depression, drug or alcohol abuse and phobic disorders The World Health Organisation ranks OCD as 20th among all causes of burden of disease, in recognition of the extreme financial and social cost of the disorder to the community. The proposed research aims to investigate the treatment of OCD, the cognitive mediation of OCD and the relevance of negative life events such as unwanted sexual experiences in the onset of this condition. The treatment involves a newly developed cognitive therapy approach that targets expectancies of harm. The research is conducted in randomised, controlled trials and involves a comparison of new approaches with standard psychological treatments. The research also examines the relationship between change in distorted cognitions and symptom reduction in people whose focus of concern is either checking or washing/contamination. The research has the potential to dramatically reduce the significant social and economic burden cause by OCD and contribute to our understanding of the etiology of this condition