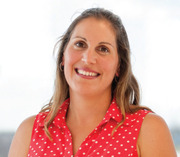 Metastasis is the major killer in cancer, being extremely difficult to treat. This project will elucidate the molecular mechanisms that initiate and sustain metastatic progression, focusing on a metastasis suppressor gene, NDRG1. Further, a novel class of anti-cancer agents, which target NDRG1 in cancer cells, will be examined in terms of their molecular effects and potency against metastatic cancers using both human cells and animal models of cancer. This crucial part of the project will contribute to the clinical development of these promising agents, one of which is set to enter clinical trials in 2016 and may offer new hope for those suffering from aggressive metastatic cancers.

The molecular mechanisms by which NDRG1 is able to exert its anti-metastatic effects have been the subject of intense research recently. We and others have demonstrated that NDRG1 functions by inhibiting the epithelial to mesenchymal transition (EMT), which forms the initial step in metastasis. In addition, we also demonstrated that NDRG1 reduced cell locomotion by inhibiting the formation of F-actin stress fibers and focal adhesions, via its ability to suppress the Src and ROCK/pMLC2 pathways. Other oncogenic pathways found to be suppressed by NDRG1 in cancer cells include TGF-β, PI3K, NF-κB, Ras and WNT/β-catenin signalling. These studies elucidate some of the mechanisms that underlie the function of NDRG1. However, despite all these recent advances, it remained to be established how exactly NDRG1 was able to affect such a wide array of signalling pathways and molecules. To this end, our recent study identified a crucial new link between NDRG1 and multiple signalling pathways, which involved its ability to affect the epidermal growth factor receptor (EGFR) in cancer cells. Considering that EGFR is a master regulator of numerous signalling pathways, including those previously found to be regulated by NDRG1, this novel finding suggested that the ability of NDRG1 to inhibit EGFR signalling was key to its many down-stream effects in cancer cells. This proposal will examine in detail the molecular mechanisms that underlie the interaction between NDRG1 and EGFR in cancer cells. Particular focus will be on examining the effect of NDRG1 on EGFR and its family members HER2 and HER3 on breast cancer cells, where these latter molecules play a key oncogenic role. Considering its potent anti-cancer effects, NDRG1 is a promising therapeutic target for the treatment of many metastatic cancers. To this end, our laboratory has developed a novel class of anti-cancer agents that are able to target NDRG1 and are also highly effective against multiple cancers. In fact , these agents were found to be more potent and less toxic than currently used chemotherapeutics, being also able to overcome resistance. The efficacy of the novel anti-cancer agents, including Dp44mT and DpC, will also be assessed in relation to their effects on the EGF family of proteins in breast cancer. This is particularly important as DpC is set to enter clinical trials in 2016 and its efficacy in breast cancer is yet to be examined.

This is an exciting opportunity to participate in the development of a novel treatment strategy for highly aggressive metastatic cancers, which are notoriously difficult to treat. We are a highly productive and successful team with an excellent track record in both research (>44 publications in this field over last 10 years) and supervision (>22 Honours, Masters and PhD students co-supervised). We are looking for an enthusiastic and motivated PhD student to join us on this project. A background in biochemistry and molecular cell biology is desired, but not essential. Training of all experimental techniques will be provided and student will be closely supervised by both Dr. Kovacevic and Prof. Richardson, with regular face-to-face meetings and guidance.