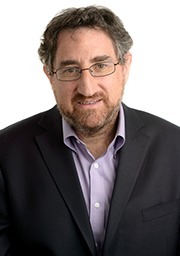 Current AV algorithms aim to safely manoeuvre a vehicle through traffic without involving humans. These algorithms do not consider implications on the efficiency of traffic as a whole. Thus, none of the existing models and methods addresses the question of how to optimize traffic from the decentralized perspective. Traffic programming will consider the environment around the vehicle and how to react to it, designing algorithms to control vehicles in real-time, accounting for the benefit of travellers collectively, while ensuring safety for the vehicle and its occupants.

Algorithms occur at several scales. The highest level, scheduling and sequencing of trips, is most appropriate for freight and empty vehicle repositioning, as humans in personal vehicles will tend to want control in such decisions. The next level, routing, determines what paths vehicles use to get between origin and destina- tion. There is a large literature in transport on System Optimal vs. User Equilibrium routing, the differences between the two, and how prices can incentivize users to behave in a system optimal way. With appropriate price signals, we can align the system optimal interests of the network as a whole with the user optimal desires of the individual (autonomous or not) vehicle. Encouraging only a few vehicles to switch from one route to another is unlikely to be successful, as some vehicles switching off a route will be replaced by others switching on to it.
The level below that is vehicle control within a route, includes technical control problems like lane-keeping, and car-following, and more interactive games like lane-changing and merging. The issue of when and how to change lanes, when to yield right-of-way and not, whether to open up a gap, or seize the gap has implications for the efficiency of traffic flow. Every lane change has the potential to waste capacity (as gaps are being occupied in two lanes by the changing vehicle), though may be necessary for particular routes, to spread traffic, or to avoid future problems. Merging vehicles from on-ramps have also been modelled using game theory. The solution to these games to maximize safety differs from the solution to maximize private gain, and from the solution to maximize social welfare. Unlike the route choice literature, little attention has been paid to these issues at the microscopic vehicle interaction level.
Whether pricing can provide the right incentives during the give-and-take of traffic merging and lane changing is less clear. Drivers today negotiate that through eye contact and the actions behind the wheels. We imagine unconnected AVs will engage in a series of cooperative moves and can sense in real-time if these moves are reciprocated by the vehicle that is being ‘negotiated’ with. Finding protocols to do this automatically, and to observably negotiate via action and reaction directly between cars in real-time will be the task of the traffic programmer. This task will develop and simulate such algorithms.

Other opportunities with Professor David Levinson