Home / About us / Our story / Our motto and coat of arms

Our motto and coat of arms

Share
The motto and coat of arms acknowledge our historical roots and reflect our Australian experience.

Three years after our inauguration in 1852 Professor John Woolley and Fellow of Senate (later Sir) Stuart Donaldson were set the task of seeking a coat of arms for our University. Acting Provost Francis L S Merewether officially submitted the design and Sir Charles Nicholson negotiated the final design with the Kings of Arms in London.

Our coat of arms was formally granted on 14 May 1857 and we’ve been using a modernised version since 2010.

There are other arms that form a part of the history of heraldry at the University. Some of these are officially granted by the College of Arms and others assumed. 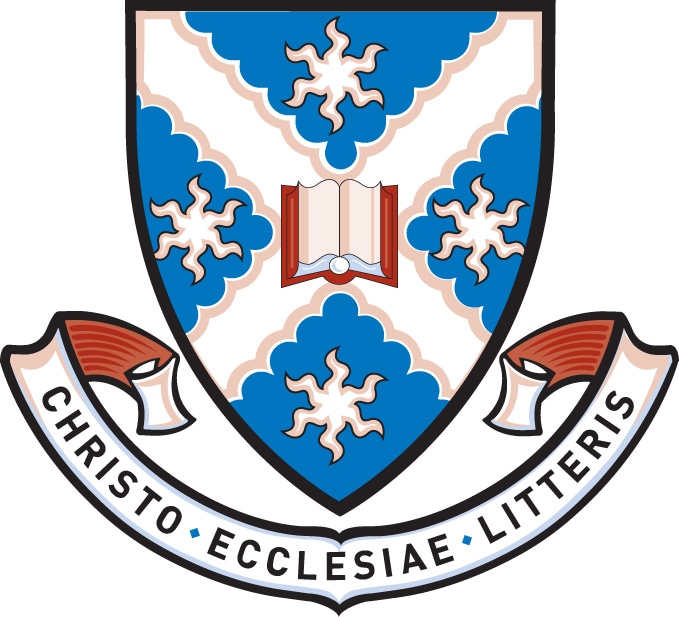 After a redesign and substantial fee, the St Andrew's College arms were formally granted in 1966.

The college motto, 'Christo, Ecclesiae, Litteris', translates to "For Christ; for the [Presbyterian] church; for learning [or scholarship]".

The St Paul's College arms contain several elements that emphasise the life of St Paul and the role of the college as a Christian foundation.

The crossed swords represent St Paul, who was beheaded with a sword; and the Maltese cross 'in chief' on the shield is suggestive of his shipwreck at Malta before his imprisonment in Rome.

Although the coat of arms was used for most of the college’s history, it wasn’t officially granted until 1961.

The motto, 'Deo Patriae Tibi', translates as "For God, my native land and thee".

The Women’s College arms were adopted in 1894.

The motto, 'Together', taken from Tennyson’s Princess, has become a symbol of women’s emancipation.

In 2009 St John’s College adopted a new standardised depiction of the arms.

The proud eagle is in a stance of power ready for flight. The sun with the trinity in the centre represents god.

In 1969 Wesley College became the first co-ed college at the University of Sydney.

The motto 'Ministrate in Fide Vestra Virtutem' can be translated as “Serve virtue in your faith”.

Read more about our history

A supportive living experience while you study