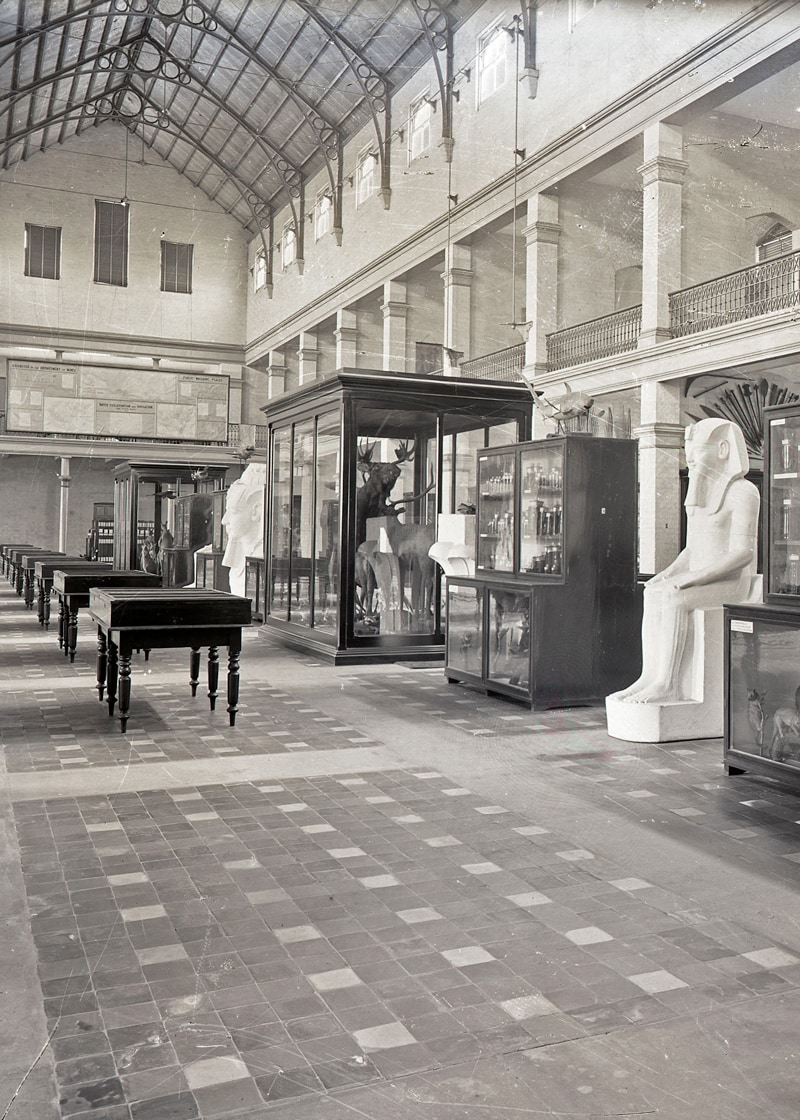 The Macleay Museum held the oldest natural history collection in Australia, originating in the cabinets of Alexander Macleay, and expanding through the collecting networks of the Macleay family from Darwin to Raffles, and Cuba to Wagga Wagga.

We care for the historically rich collections of Aboriginal, Torres Strait and Pacific Islanders' cultural material, including objects collected on the early scientific expedition, the Chevert, and those collected in the early years of anthropology at the University. The collection continues to hold relevance to people across our region.

The work of University scientists is reflected in the collection of scientific instruments and apparatus used in research and teaching, and is part of the story of scientific practice in Australia.

The Historic Photograph Collection records life in Australia and the Pacific region, from the late 1840s to the 1960s, as captured by both commercial and amateur photographers. It includes a wide range of photographic formats, reflecting the changing technology of photography.

In addition, the Macleay Museum held a wealth of material reflecting the museum's history, including a significant library, furniture, documents and ephemera relating to the major collectors.

The Macleay Museum is closed in preparation for the opening of the Chau Chak Wing Museum in 2020.

The Nicholson Museum was Australia's oldest university museum and home to the most extensive collection of antiquities in the southern hemisphere.

Sir Charles Nicholson established the museum in 1860 through his donation of ancient and medieval artefacts which were collected for the creation of a museum for teaching and research. These artefacts were installed in three rooms below the University's Clocktower, which today includes the Oriental Studies Room. In the following decade, the collection grew as Nicholson and his associates donated more than 3000 additional items. Although officially named 'Museum of Antiquities', it was quickly nicknamed 'the Nicholsonian'. It was not until 1904 that the collection was formally listed as the Nicholson Museum by the University of Sydney.

The Nicholson Collection continued to grow in size and scope, until it comprised of nearly 30,000 artefacts of artistic and archaeological significance from Egypt, Greece, Italy, Cyprus, the Near East and north-central Europe.

The Nicholson Museum is closed in preparation for the opening of the Chau Chak Wing Museum in 2020.

The University Art Collection began with the foundation of the University itself in 1850. There are now some 8000 works that are diverse in origin, form and media.

The main fields are:

Aspects of the collection are on display throughout the University, with particular connections to Sydney College of the Arts, the Department of Art History and Film Studies and the Power Institute Foundation for Art and Visual Culture.

The University Art Gallery is closed in preparation for the opening of the Chau Chak Wing Museum in 2020.

See our collections in real life

Biographies of our benefactors